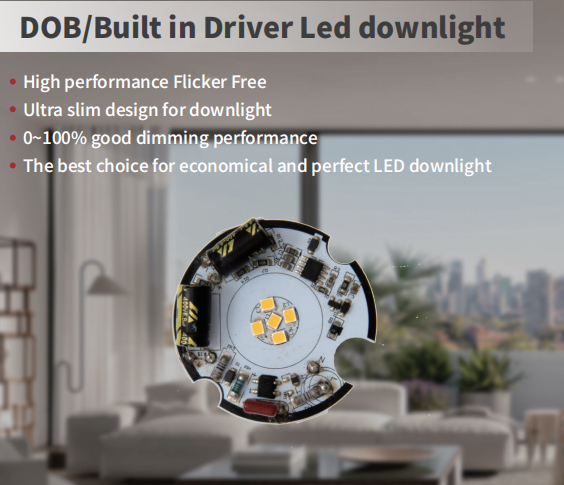 DOB (Driver on Board) or Driverless, which is what we usually call "de-power", is actually not without power supply, but a new driving method different from traditional switching power supply, which is derived based on LED characteristics. A new way of driving.

The DOB IC solution has many pioneers in the industry. There are mainly Seoul Semiconductor, British LynkLabs, Texas Instruments, and Exclara. In Taiwan, there are giants such as Industrial Technology Research Institute and Interlight.

There are many traditional power devices, large size and complex processing bring inconvenience to standardization, automation, and large-scale production.

From the perspective of intelligent lighting, linear IC driver has its inherent advantages compared with the traditional switching power supply driver. Smart lighting is also possible with conventional power supplies,but at a cost or system integration cost far beyond linear.